New Dynamic Records represents works that are at the forefront of new and innovative art music. As a fresh alternative to the typical “classical” and “pop” scenes, New Dynamic Records gives audiences a glimpse into a rich musical landscape that provokes, inspires, and introduces the imagination to new sound worlds. Part of the mission of New Dynamic Records is to discover and record music written by both well-known and ’emerging’ composers and to have it recorded by the most critically acclaimed ensembles and soloists from around the world. New Dynamic Records was founded in 2005 by resident composer Erich Stem, at Indiana University Southeast, as part of a larger initiative called The New Music Project. In 2016, New Dynamic Records celebrated its 10th anniversary since its first album release, Influence.

Music of our Time 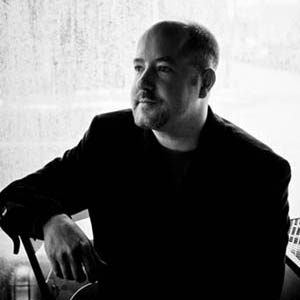 Erich Stem’s music has been described as “sophisticated and intriguing” (The Washington Post), “unique and beautiful” (Boston Theatre Review), and as having a “fluent and chaotic exchange that breaks minimalism apart” (A Closer Listen). It pulls from a variety of sources, including American jazz, Japanese shakuhachi music, and Stem’s interest in improvisation. His music has been performed live around the globe in places such as New York City, Boston, San Antonio, Los Angeles, Miami, England, the Netherlands, and Romania and can be heard on albums by critically acclaimed groups such as counter)induction, Aurelia Saxophone Quartet, SOLI Chamber Ensemble, and the Cadillac Moon Ensemble. His commissions include music for recognized artists such as saxophonist Johan van der Linden and flutist Lindsey Goodman.

Groups such as the Minnesota Orchestra, Richmond Symphony, West Virginia Symphony Orchestra, and many others have performed/broadcasted his orchestral works in venues such as Minnesota’s Orchestra Hall, The Carpenter Theatre at CenterStage, WUOL 90.5FM’s Brave New World, and WCVE 88.9FM’s Whitlow Concert Series with Bobbie Barajas. More recently, his affinity for the history and towns of the United States led to a larger orchestral project called America By: A Symphonic Tour. A consortium of American orchestras have commissioned works from Stem during the tour, with each piece representing the unique attributes and history of the residing orchestra’s hometown. The first group of the project, Bainbridge Symphony Orchestra, commissioned a piece, “Bainbridge,” which premiered on February 22, 2014. More recent and upcoming performances include the premiere of Kentucky By with the West Virginia Symphony Orchestra and a commission by the University of Portland Orchestra for the 2016-17 season.

Stem has also made the promotion of today’s art music an important part of his career. In 2005, he founded New Dynamic Records, with a mission of discovering and recording works by living composers. By 2016, the label had released music by 60 living composers worldwide, including 42 world premiere recordings. It was featured in publications such as Time Out New York, Fanfare Magazine, and notable online magazines such as I Care if You Listen, Sequenza 21, and Music and Vision (UK). One of its albums (Breath Beneath by PRISM Quartet) made the “Top 10 CDs of 2010” list by Richard Scheinin of Inside Bay Area, and another (Journey by Cory Barnfield) made the 2011 “Recommended Recordings” list of the Saxophone Journal. Stem is also the founding member of A/Tonal, an ensemble dedicated to the music of living composers and their connections to the past. 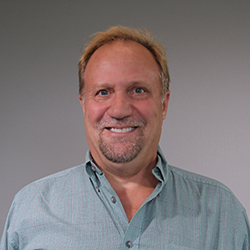 Tim Haertel has been President and Chief Engineer of TNT Productions since its founding in 1993. He has produced and engineered hundreds of album projects, concert recordings and Lonesome Pine Series Radio Shows. Tim is also a Music Technology Faculty Professor at Indiana University Southeast.